What is IgA Nephropathy?

- October 23, 2018
When my kidney biopsy results came back positive for IgA Nephropathy I, as many people are prone to do, Googled it! I wanted to know all about this disease. What is it? How did I get it? How is this going to effect me? Will it ever go away? I searched and searched and read as much as I could. It was all so complex to me. I was encouraged to read that it could be a slow progressing disease, but discouraged when I read that there was no cure for it. One of the best and easiest explanations I have found was on the University of North Carolina's Kidney Center web page. Here is an excerpt of their definition:

IgA Nephropathy is named for the deposits of IgA that can be seen stuck in the kidney filters when viewed under a microscope. IgA is an immunoglobulin– a normal component of a healthy immune system. These components normally attach themselves to infection in the body and trigger the immune response. This works to eliminate the infection. In this disease, a defective form of IgA gets bound to another IgA molecule instead of an infection. This forms an immune complex. This immune complex can become stuck in the kidney. Here it activates the immune system just like it would if it were fighting off infection. The immune system activation causes swelling and damage to the kidney itself. A diagnosis of IgA Nephropathy requires a kidney biopsy. The sample of kidney can then be viewed under a microscope and the diagnosis confirmed.
IgA is an autoimmune disease. This is a disease in which a person’s own immune system damages their own body. Scientists know that the IgA immune complex (see above) causes the inappropriate immune response. But it is not yet known what causes the defective IgA in the first place. It likely has both genetic and environmental components. A person is born with a predisposition for the disease, and then some sort of “trigger,” for example an infection or food exposure, turns the disease “on”.

IgA commonly occurs in Caucasians and Asians. It is relatively uncommon in those of African descent. It is twice as common in males as females. Though it potentially affects any age group, IgA is most commonly diagnosed in early and middle adulthood.

What this article doesn't talk about is the secondary effects that IgA can cause in your body.

After about a year of the disease taking a slow pace, it all of the sudden started moving ahead like a freight train in my body.  I developed high cholesterol and then high blood pressure.   My kidney blood work labs seemed to worsen with every test.  My 24 hour urine tests were showing gross amounts of protein.  During this time we moved to another state,  I had to change kidney doctors and was not managed for 3 months while waiting to get in to see the new doctor.  Sometimes I think that the stress of the move, leaving 2 of my boys behind in Georgia, becoming an empty nester and my emotions played a role in the worsening of my kidneys.  I don't really know and may never know. But for now, I am being monitored very closely by an excellent Nephrologist and am surrounded by my family.  Maybe that's why we moved back to Indiana, to be closer to family for a time in the future when I may need to depend on them during dialysis or transplant.  Only God knows and I trust His timing.

For for information about IgA Nephropathy or other kidney diseases I encourage you to explore the  UNC Kindney Website at https://unckidneycenter.org/

Disclaimer:  I am not a doctor.  I am not a medical professional.  NO information on this site should be used to diagnose, treat, prevent or cure any disease or condition.

Popular posts from this blog

A New Doctor, A New Plan of Action 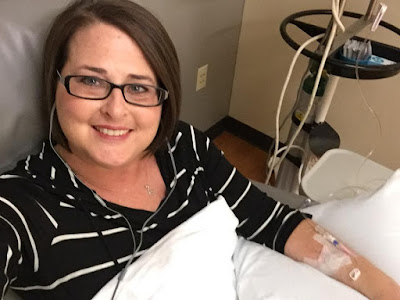 After moving to Indiana in August of 2017 I immediately called to make an appointment with a local Nephrologist.  With a specialist you typically can't just make your own appointment, you have to have a referral from another doctor.  In this case they wanted a referral from my local family practitioner. That was going to be a problem because my family practitioner was back in Georgia and I had not set one up in Indiana yet.  So I got the scoop on what they needed to verify that I indeed did qualify for Nephrology and wasted no time getting all the information to them.  I am so thankful that they took the time to listen to me and let me provide the documents they needed.  We were off to a good start, however, I had to wait until December before I could get my first appointment with my new doctor. Meeting my new Nephrologist was good.  My mom came with me as she had previously worked in the dental field and my new dr had been one of her patients.  They exchanged greetings and I t
Read more 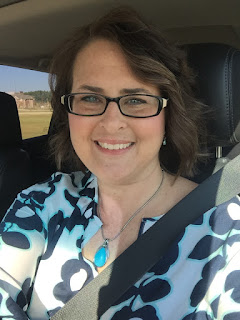 Hello, welcome to my blog.  My name is Jodie, I am 48 years old and I live in central Indiana.  Most days I am a home maker, one day a week I am a book keeper for my dads custom home building business and some days I'm a photographer, a web designer or a graphic artist.  As you can tell, I wear many hats, but my favorite hats of all are my wife and mom hats.  I have 3 grown boys, 2 of them are in their 20's and the youngest is 19.  As I write this blog intro they are all living out on their own, thriving productive members of society.  One is married to a wonderful girl and they have 2 children, a daughter and a son.  I thank God every day for my kids and grandkids and for my very caring and devoted husband whom I could not live with a chronic kidney disease without. Those things I spoke of above are, as Martha Stewart would say, my Good Things.  Unfortunately life handed me 2 chronic diseases.  I have an auto immune disease that at different times in the past 5 years have
Read more

Transplant : Not As Seen On TV 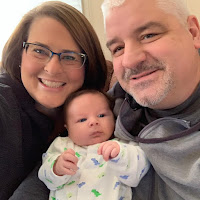 Hello!!  Sorry it's been a minute since I have posted anything new on my blog.  Winter is coming to a close here in central Indiana, but the cold weather still lingers making me want to stay inside and work on a few projects.  Dennis and I have been unpacking the garage, building shelving and organizing everything so that maybe by summer I can park my car in the garage again!  Our unfinished basement is full of boxes of stuff we've been sorting through.  We hope to get the majority of it into a garage sale and the memories and holiday decor neatly stored away on the shelving system Dennis built.  Our goal is to finish the basement soon, drywall, carpet, theater room, bar, extra bedroom, the works!  We are taking it one step at a time. On a positive note, January 22nd, we welcomed our new grandson Grey Joseph Minniear into our family.  I have spent a lot of time down in southern Indiana with my son and his wife helping and snuggling baby Grey. An update on me, I want to take
Read more